From Assam to Zhen Shan Xiao Chung, there are so many different types of tea out there! Check out our list and see if there are any you haven't tried...

When you go to afternoon tea there is nothing like a lovely hot cup of tea to go alongside your scones and sandwiches. 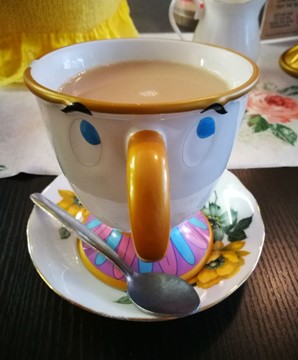 Did you know that there are lots of different varieties of tea blends that you can try? Join us as we go through the different types of tea from A to Z!

Looking for an A to Z of afternoon tea? Find it here!

Named after the region of India where the tea leaves are grown, Assam is a strong malty tea, often known as a ‘Breakfast Tea’.

There are four types of tea; green tea, oolong, white and black tea. Black tea is the strongest in flavour and keeps its flavour for the longest. Types of black tea include Assam, Darjeeling and Ceylon. 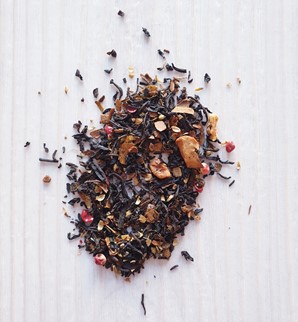 Chai is used as the word for ‘tea’ in many countries, derived from the Chinese world for tea, chá

Masala chai is a type of black tea mixed with sugar and spices including cinnamon, cloves and ginger.

Darjeeling is a tea from Bengal in India that has a light flowery flavour and is often referred to as the ‘Champagne’ of tea.

Earl Grey is a black tea that is flavoured with bergamot, a citrus fruit that is grown in Italy and France. It is named after Earl Grey, a British Prime Minister from the 19th century. 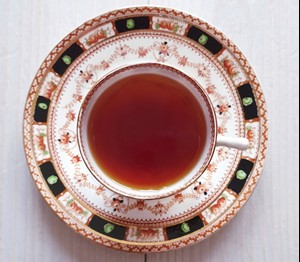 Fruit teas are seen as a nice alternative to traditional tea, as they are refreshing and caffeine-free. Popular flavours include raspberry, cranberry, lemon and blackcurrant. 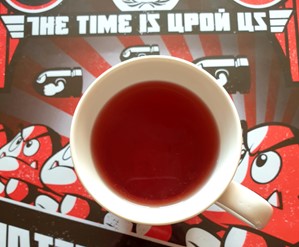 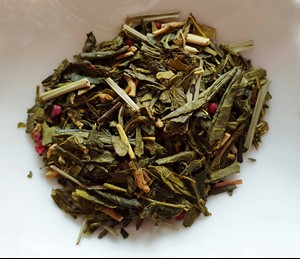 Green tea is one of the four main types of tea, originating in China but now grown in a variety of other different countries including Japan and Korea. Drunk without milk, green tea is caffeine-free and has an earthy flavour. It can be blended with a variety of different flavours or drank as is.

As well as fruit teas, teas can also be made with infusions of herbs including peppermint, ginger, chamomile and rosehip. Some of these blends are known for their health benefits.

Fizzy tea? Who would have thought it! Kombucha is a fermented tea that originated in China and became popular in the west in the 20th century.

Lady Grey is an alternative to Earl Grey tea, created by Twinings in the 1990s. It is milder, not as bitter and has a more pronounced citrus flavour. Rumour has it that it was developed for the Scandinavian market, who found Earl Grey tea too strong.

Matcha is a bright green powder, made from pure green tea leaves. It is well known for its antioxidant properties and is also used in baking. 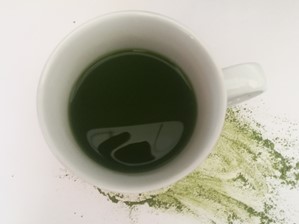 Nilgri is an Indian tea, named after the mountain district where it was originally grown. Often referred to as ‘Blue Mountain Tea’, it is very dark and flavoursome.

Oolong tea originated in China (the name means ‘black dragon’) and is generally seen as a halfway point between black and green tea.

Puerh tea originates from China and similar to Kombucha, is fermented. It has a very earthy, full flavour. 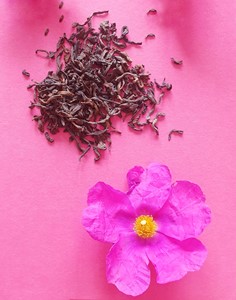 There aren’t many types of tea that begin with a Q! The higher quality the tea, the more flavourful it will taste and smell. For example, higher-quality teas are more likely to use natural flavourings rather than synthetic ones.

Rooibos is an unusual tea in that it is not grown in Asia, it comes from South Africa! Often known as ‘redbush tea’, it is caffeine-free and has a biscuity, malty taste. 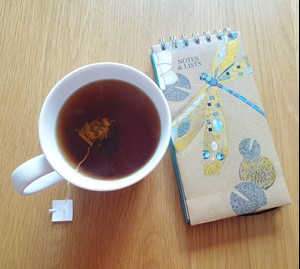 Check out our review of Storm Tea's Rooibos Indian Chai

Spearmint and peppermint tea are herbal teas with a fresh minty flavour. They are good for the digestive system, reducing bloating and good for alleviating food cravings.

Check out our review of Jollybrew's Proper Peppermint tea

A tisane is a traditional name for a herbal or fruit tea infusion.

Lemon verbena is a herb from South America, used to make a herbal tea with a refreshing citrus taste.

White tea is a pale, mild tea with a sweet flavour.

Yerba Mate is a tea from South America with a strong taste that might take a bit of getting used to. It is very popular in South America where it is drunk more than coffee.

This is a smoked black tea, commonly known in the west as Lapsang Souchong.

What is your favourite type of tea? Let us know in the comments! 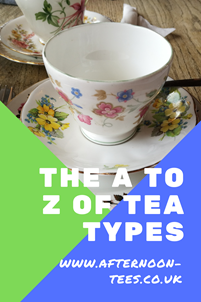