A little while ago (when it was a bit sunnier!) we went to visit the Darlington Brick Train. There's a lot of cool public art in Darlington, and although we'd seen the train driving past on the A66, we hadn't had chance to see it up close.

The brick train is accessible through Morton Park - we parked up at the far end of Morrisons (just by the cash points) and walked the five minutes to the train, although there is a closer car park on the industrial estate. 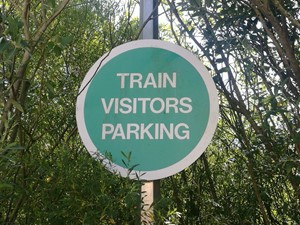 The Brick Train was built in 1997 by David Mach and commemorates the Stockton-Darlington railway. It is made of 185,000 bricks, some of which are special 'bat bricks' that bats can use to roost in.

The sculpture is of the 1938 Mallard train, which broke the speed record at the time, with steam rising off behind it. The plans were quite controversial at the time, with some local Councillors commenting that the money could be better spent elsewhere. 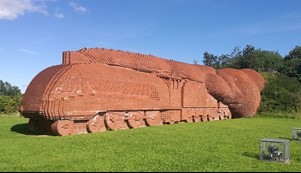 Some of the local Darlington schools put time capsules in the train, and etched their names in special bricks. 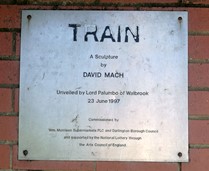 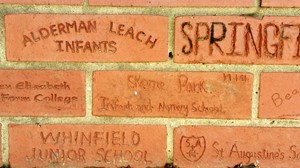 The Brick Train is massive and not only can you walk the whole way around it, but you can also walk to the top and access a viewing platform - the panoramic photo at the top of this blog post was taken from the top of the train. 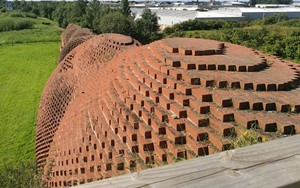 Have you every been to visit the Darlington Brick Train? What did you think of it?